A small boy from Ghurala, Punjab, India who lost his parents at the very young age of 9. Is now ruling the Punjabi music industry and every song of his is played on loop. He is a self-made man, faced life challenges all by himself and achieved fame from all around. It seems like a reel story but it is not, the small boy is none other than Jaskaran Singh aka Karan Aujla.

There is no confidentiality regarding his writing career but why he proceeded to sing has a few incidents. He started writing in his school days and when he reached a stage where singers know him and appreciate his writing, he felt he is not getting similar fame for his work compared to the singers who voice his writing.

To receive audiences’ love, get name and fame is his yearning. In addition to this, when he sought a little financial help from a singer with whom he had worked earlier. But the singer bluntly refused him, it provoked him to do something on his own and he started his singing career. By gods’ grace and the support of his dear ones he able to live his aspiration.

We can thank that singer whose refusal instigated him to be a vocalist else no one would know who marvelous he is. 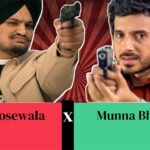 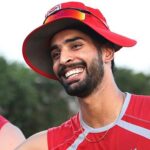