Popularly known as The Folk Queen of Punjab, veteran singer Jaswinder Brar has announced a track after long years of absence from the industry. The newly announced track is titled ‘Double Barrel’ and is set to feature the legendary singer as the vocalist. It is set to be released this Diwali on 4 November 2021.

She’s been in the Punjabi music industry since 1990 and is one of the most renowned female artists ever in the industry. She has also been termed as one of the best female live performers the industry has ever had. The audience awaits ‘Double Barrel’ and is ready to listen to her strong voice once again.

The song ‘Double Barrel’ is also going to be released through Sidhu’s music label, 5911 records. Bunty Bains is going to be the lyricist and the composer of the song. The Kidd has lent his music to Jaswinder’s voice. Teji Sandhu has directed the video of the song.

Taking a glance at the poster and the team of the song, it is sure to be a banger. There are masters of their respective fields working on all the departments of the song, how could it not be absolute fire? The song is also releasing on the day of the biggest Indian festival, it is a surprise worth waiting for! 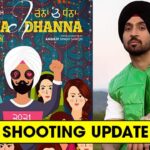 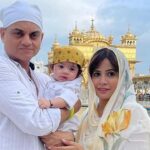