Often regarded as one of the most influential rappers of all time, Drake has added another achievement to his already huge list. The artist accepted the Billboard Music Award for The Artist Of The Decade at the Microsoft Theater on the night of 23 May 2021. The artist collected the award with his son Adonis on the stage.

The artist was presented the award by his team OVO and his parents at the Microsoft Theater in Los Angeles. Future the Prince, his manager, described Drake as the most ‘generous, kind and selfless man we know’. Accepting the award, Drake spoke about his rise to fame and his journey to greatness.

Drake’s journey to greatness began with his debut album ‘Thank Me Later’ in 2010. He has had 6 of his tracks grab the No. 1 position on the Hot 100 charts during that time. He holds the record of the most tracks entering the Top 10 on the Hot 100 chart (45 tracks). With 232 overall entries into the Hot 100 charts, Drake is for sure one of the biggest music icons in the world at the moment. He also earned the crown of Billboard’s Top Artist of the 2010s chart.

It was in March when Drake became the first artist in the history of music to enter the Billboard charts’ Top 3 positions. ‘What’s Next’ peaked the chart, ‘Wants And Needs’ at the No. 2 position and ‘Lemon Pepper Freestyle’ at the No. 3 position.

His achievements in music and the Billboard charts have earned him the award for The Artist Of The Decade. 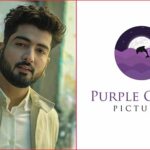