There is no doubt that International artists have a huge fan base in India, whether it is Brad Pitt or Zayn Malik. Everyone has a crazy effect on Hollywood and other international artists. But our Bollywood celebs don’t stay behind. They also have some fans and lovers from foreign. Obviously, what not to love about the colorful and wonderful art that is Indian cinema.

But do you know who these International artists follow Indian celebs? American singer and rapper Drake, who has a huge image in Bollywood and in Punjabi industry as well.

He follows Sidhu Moosewla on Instagram and when Sidhu’s fans know about this they go crazy and can’t help but dream about their iconic collaboration. Sidhu was not aware that Drake started following him until the Kidd showed him. He was surprised and felt proud of himself. Sidhu Moosewla has a great name in the Punjabi industry. Nowadays he is hitting headlines for his biggest album ‘Moosetape’

Not only this, Few years back Athiya Shetty was all over the news. And let us tell you why. Athiya has posted her 26th birthday pictures on Instagram and Drake has commented on the same. Everyone was surprised and curious to know whether they are in a relationship. But the actress cleared the air and told one of the publications that she and Drake both are good friends. She disclosed that they both met at the restaurant in London and have been in touch since then. She further said they both were like pen pals as they never met after that.

Moreover, Canadian rapper Drake also shares a close bond with Varun Dhawan. As when Athiya posted a photo on social media with her father Suniel Shetty, to this Drake had simply commented ‘Legend’ and Athiya replied ‘hahaha’ with a blue heart emoticon. To this Bollywood actor Varun Dhawan commented ‘Who knew you were kiki’ which is Drake’s most viral and hit song. Varun Dhawan and Athiya Shetty are good friends.

Also, Drake has made a cameo appearance in the Indo-Canadian film Speedy Singhs aka Breakaway, and he is following the lead actor of the movie that is Vinay Virmani. Netizens go crazy when they see them together in movies as well as on social media. Vinay is a Canadian actor and started working in 2011 and never looked back since then.

Isn’t it amazing that Indian cinema’s popularity across the globe is still fresh? People from other countries still admire the Indians and their work. Moreover, there are many indian artists like Shahrukh Khan, A. R. Rahman, Vishal Dadlani and many other artists have worked in Hollywood, which ultimately makes our country proud. 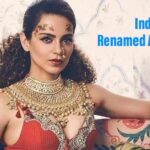 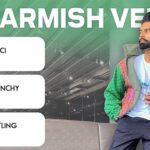