The Lok Sabha is set to receive the Electricity Amendment Bill 2022. In a letter to Prime Minister Narendra Modi, the All India Power Engineers Federation (AIPEF) has asked that the bill be forwarded to the Parliamentary Standing Committee on Energy for additional deliberation.

What is the Electricity Amendment Bill 2022?

This bill proposes to allow the consumers to choose from a variety of service providers, like in the case of telecom services, to ensure the entry of private companies into the power distribution sector.

The Electricity Amendment Bill also aims to alter Section 62 of the Electricity Act to include provisions for a year-long period of graded tariff revisions as well as for the mandatory establishment of minimum and maximum tariffs by the relevant (electricity regulatory) body.

Why are the engineers and farmers opposing the bill?

As per the AIPEF Chairman Shailendra Dubey, the Electricity Amendment Bill 2022’s promise that the power consumers will have an option to choose amongst various service providers is “misleading” and will turn state-run discoms into loss-making organisations.

On the other hand, the Samyukta Kisan Morcha (SKM) has warned the Central government against introducing and passing the Electricity (Amendment) Bill in the Monsoon Session of Parliament.

In a statement, the SKM stated that one of the primary objectives of the year-long farmers’ struggle was the withdrawal of this Bill too. The SKM also warned of the immediate, large-scale protests across the country if the Electricity Amendment Bill 2022 is passed.

Many opposition parties, including the Aam Aadmi Party, have strongly opposed the bill. In a tweet (in Punjabi), Punjab CM Mann stated:

On the other hand, Punjab finance minister Harpal Cheema also lashed out at the Central government for this Bill. “This Bill would give the power sector in the hands of the private players. It will badly affect the common man, as private players like Ambani-Adani would take over the power sector. Additionally, this would privatize the electricity,” said finance minister Cheema.

He even slammed former union minister Harsimrat Kaur Badal, adding, “She was the one who signed in favour of this bill, and now she’s opposing it. This clearly exposes the double standards of the Akali Dal. They are with the BJP behind the curtains.” 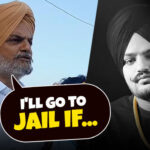 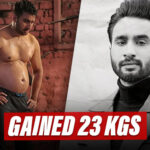