Where 2021 was an official ‘Year Of Albums’, it looks like 2022 will be considered as that of the EPs. One after another, artists are releasing their official announcement of their upcoming EPs. Some of them have already been released and some are busy preparing to release the same.

Elly Mangat has also been added to the list as he has recently announced that is coming up with an EP very soon. Elly posted a picture of him in Desi Crew’s studio, having music and recording sessions and captioned it with EP Soon. In the caption the artist revealed some details as to whom he is collaborating in his forthcoming EP. Music directors, The Kidd, Yeah Proof, Desi Crew will be seen making contributions to the EP.

Shree Brar also took to his Instagram to share a glimpse of him, Elly Mangat and Satpal Desi Crew in the studio. Shree Brar will be playing his part as a lyricist, as shared in the story and in the caption of the post shared by Elly Mangat himself.

We are looking forward to this amazing collaboration. We have seen Shree Brar-Desi Crew and Elly Mangat-Desi Crew collaboration in the past but it will be for the very first time three of them will join hands for this upcoming project.

Meanwhile, Elly Mangat also released his 25-song long album named Astaad G in June 2021 and now in the next year, he is set to release an EP, very soon. We can’t wait to listen to the songs from the EP as it would be great to see amazing and all new collaborations in it. 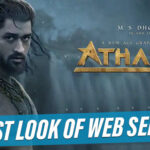 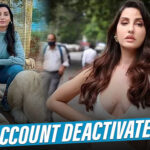