Recently Elon Musk has created a stir among Twitter users when he ran a poll to ask if the followers wanted an edit button feature on Twitter. As it is with Musk, you can never guess if he is just joking or genuine about the topic he shares on Twitter, so most of Musk’s followers were casual about the poll.

But only to be shocked when Twitter CEO Parag Agrawal dug in, requesting users to “vote carefully.” Agarwal said that the consequences of this poll will be important.

A Twitter user presented an arguement on this poll, where he wrote, “Here’s my argument against an edit button: What if a tweet goes viral, lots of retweets & millions of impressions, & then the author completely changes the meaning? Not just a grammatical fix, but a TOTAL ideological change? Or shameless self-promote?”

Also, a verified answer to this argument was given by an employee of Facebook who wrote, “We solved this on Facebook a long time ago. You just include an indicator that it has been edited along with a change log. If you are really worried about embeds they can point to a specific revision in that history but with a link to the latest edit. Not a real issue.”

Not only these, but netizens came forward and gave their suggestions for the argument about Elon Musk’s new tweets. They have mixed reactions to this poll, some people think that Musk is joking but others are serious about the topic and thinking of its consequences.

After all these suggestions, Tesla owner Elon Musk then came up with a reply, which reads, “Facebook gives me the willies”.

Earlier also a similar incident came to light when Twitter teased users about using an edit button. In 2020, it had announced that it would introduce the feature when everyone started wearing a mask amid the Covid pandemic. “You can have an edit button when everyone wears a mask,” Twitter had announced. Previously also, his tweets related to Tesla & Bitcoins created a flutter on the micro-blogging site and the billionaire seems to love all the attention. 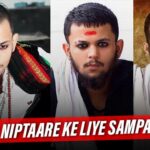 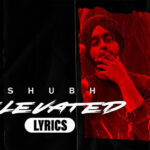