Elon Musk, the richest man on earth, is someone everyone wishes to relate to in person with. But in reality, Musk is going through some weird ups and downs in his personal life, as his daughter no longer wishes to stay connected to him.

Vivian Jenna Wilson (former Xavier Alexander Musk), transgender daughter of Tesla chief Elon Musk has filed a petition in Los Angeles country Court to change her last name. She no longer wishes to be recognized as Musk’s daughter or stay related to her biological father Elon in any manner.

Also Read: When Shahrukh Khan Requested R. Madhavan For A Role In Rocketry: A Nambi Effect! Here Is Why The Film Is So Special

Vivian Jenna is one among five children of Elon Musk and Justine Wilson who divorced in 2008. There is no information or details available in public regarding the rifts between Elon Musk and his 18 YO trans daughter.

The petition for both a name change and a new birth certificate reflecting her new gender identity was filed with the Los Angeles County Superior Court in Santa Monica in April. It came to light recently in some online media reports.

As per Reuters, In May, about a month after the name and gender change document was filed, Musk declared his support for the Republican Party, whose elected representatives support a raft of legislation that would limit transgender rights in states across the country.

Musk has weighed in on the issue of transgender people choosing their preferred pronouns, tweeting in 2020, “I absolutely support trans, but all these pronouns are an esthetic nightmare.” 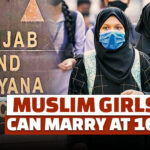 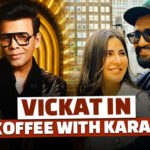