Emiway Bantai, one of the most popular Hip-Hop artists in India, has been making headlines for the past few months. A major part of it can be attributed to his beef with Kr$na. But recently, Emiway seemed to take the calm road and end all of his beefs. In a series of tweets, Emiway was all praises for hip-hop artists around the country, including Kr$na, Sidhu Moosewala, Honey Singh, Bohemia and more.

However, the tweet did not go well with Bohemia. Emiway had appreciated Bohemia’s contribution to Desi Hip-Hop (DHH). Bohemia put up an Instagram story after Emiway’s tweet saying that he was the pioneer of DHH and created this genre. “Don’t tarnish my legacy. This (DHH) is a gift of god given to you via me”, said Bohemia.

Now, Emiway Bantai has again replied to Bohemia’s comments through a tweet. Emiway seemed to totally agree with Bohemia and wrote “DHH is Bohemia and vice versa”. He also called Bohemia “the pioneer of DHH”.

It is rare to see artists respecting each other’s art and recognising each other’s contributions, especially in the times when beefs and diss culture have become an everyday thing. A true music fan never wants to see two great artists hating on each other, all they want is good music and harmony among the artists. It was truly overwhelming to see Emiway Bantai taking a moment to appreciate all those who’ve made contributions to the growing genre of DHH and then take Bohemia’s comments with grace. 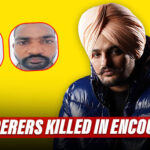 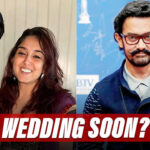