Punjab’s sensation Diljit Dosanjh is an amazing singer and equally outstanding actor. He has won millions of hearts nationally as well as internationally because of three things; his turban, his melodious voice and his multifaceted performances. The multi-talented artist once revealed that he doesn’t have a stylist as being a ‘turbanator’, his fashion sense is very different from others. According to him, he thinks that he still hasn’t found a stylist whose fashion thoughts align with him!

But there’s someone very special and talented behind his stylish turbans. Named Gurpartap Kang, the celebrity turban stylist has given amazing turban looks to Punjabi actors in the industry. Gurpartap has shared pictures of Diljit Dosanjh, be it from his films, songs or brand promotions.

ALSO READ | Can You Believe That Diljit Dosanjh Doesn’t Have Any Stylist? Then Who Styles Him?

When asked about how he got the opportunity to become a stylist of Diljit. To this, Karnal based turban stylist Gurpartap responded that he adored his father from childhood as to how he draped his turban. He started following him and applying himself. Everyone praised him for his turban style which motivated him.

Afterwards, when he went to Chandigarh for his further studies he did a part-time job but when he got his first salary he was happy yet felt disappointed of himself. He wanted to do something which made him happy, so he went back home and opened ‘Pagdi Centre’ and named it ‘Kang Pagdi Center’.

People in his village provoked him to close this business but he followed his hobby. And after a lot of struggle, finally, a hope of ray came into his life. When one of his friends called him and said that he got the offer from the team of Diljit Dosanjh and he had to go to Amritsar for the same. He was happy and shocked as he believed that Diljit himself is a great turban stylist, but he trusted him and went there.

He then disclosed that the very first time he went to a five-star hotel and met with Diljit Dosanjh. He was excited and started doing his work. Diljit liked the way he styled his turban. And after that day, he became the man behind his outstanding turbaned look. Diljit who wears his Pag with a lot of pride is all blessed because of Gurpartap Kang! 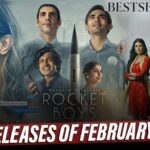