Chennai Super Kings (CSK) and India bowler Deepak Chahar proposed to his long time girlfriend after the CSK and Punjab Kings (PBKS) match in Abu Dhabi in the ongoing Indian Premier League (IPL 2021) tournament in UAE. He went down on a knee, gave her the ring, asked the question and got a very happy YES!

After this beautiful incident, the audience gets confused as to who Deepak’s fiancé is. So, we dug out something about her. This lucky girl goes by the name Jaya Bharadwaj. She is also the sister of reality show MTV Splitsvilla Season 2 winner Siddharth Bharadwaj. Speaking of workfront, She works in the corporate sector in the national capital.

Take a video posted by Chahar

Also, Deepak’s sister Malti Chahar took to twitter to congratulate the couple and shared their picture. She also disclosed that though Jaya looks like a foreigner but she is India and is from Delhi.

Now the couples have officially announced their relationship and were all smiles as they celebrated their engagement. Moreover, it seems like Dubai has been a hotbed for Indian cricketers to propose to their girlfriends. As earlier, Mumbai Indians’ Hardik Pandya made netizens go crazy with his mid-sea proposal to Natasha Stankovic and Chennai Super Kings (CSK) pacer Deepak Chahar decided to turn heads at the Dubai International Stadium on Thursday. 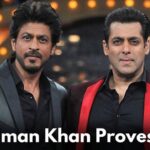