A dramatized video where a groom denies getting married until his demand for dowry is met by the bride’s family has gone viral over social media with many news outlets like First Post, Zee News Hindi, DNA India, India.com misreporting the video as a real incident.

In the said video, the groom, a teacher’s son and a government servant are heard saying he will not marry the woman if his demands are not met. The video is set in a Bihar village.

He also says that since he has a government job, his wish should be fulfilled. When asked if he is not ashamed of asking for dowry, he says that everyone follows this practice and no one gets caught.

This viral video was found on the channel of ‘Divya Vikram’. And there were many such videos posted on the page.

But when one of the news portals Alt News contacted the channel and found that it is run by an individual named Vikram Mishra. He told the portal that he runs a channel called ‘Jai Mithila’ along with his team. The bride and the groom seen in the video are actors. Their names are Rani and Amit. He also informed that the page has posted another video similar to the one viral.

Vikram Mishra contacted the actors and asked for the collaboration. Not only this, they worked on many such videos. They found that their video is being shared as a real incident but this isn’t true. Amit and Rani are married to each other and work together.

Hence it is proven that it’s a fictional video that is made with the purpose to educate and inform the people. The video might be staged but it started a conversation online. 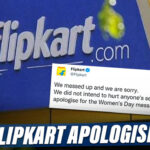 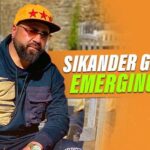