It’s not been long that videos and pictures showing a tweet by Undertaker have gone viral on various social media platforms. The viral posts show Undertaker’s tweet in support of the ongoing Farmers Protest in India.

The viral tweet on the posts says, “We cannot even think of our healthy body without the crops grown by the farmers. Respect and support the farmers.

With this, there is a picture attached of undertaker holding a white sheet which has, ‘LET’S TEAM UP!’ written on it.

But we have confirmed that the viral posts are not true as there is no such tweet uploaded by Undertaker on his official Twitter Handle.

The last tweet he had made was on January 21st which had the picture of his holding the white sheet. It’s the same picture which is now going viral on social media with a fake tweet.

His original tweet says, “@WWE has teamed up with Omaze to support the life-changing work of Make-A-Wish by offering you the chance to win a day at the @WWEPC with me.”

We in no way support or promote fake and false news. We all should avoid sharing such content on social media to avoid the spreading of fake news. 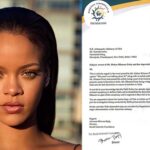