Did you also come across viral pictures on various Social media platforms which claim Punjabi superstar Diljit Dosanjh is posing without his turban? If yes, then this news is just for you.

Social media has become the easy go platform for the spread of fake and inaccurate news, hence it has become very difficult for us all to filter the authenticity of the news stories.

Talking about the viral pictures which are claimed to be of Diljit Dosanjh, let us clear this on a very clear basis that the pictures circulating on the Internet are not fake, and are completely real. But the guy seen in the picture is not Diljit Dosanjh, but his brother Sajan Dosanjh.

Yes you read that right. Sajan is Diljit’s younger brother, who is also the mystery man in Gurpartap Kang’s recent Instagram posts & stories.

If you will observe the post strictly, you will notice Gurpartap has also used a hashtag #sajan.

Undoubtedly the guy, which is actually Sajan Dosanjh, is looking very similar to his brother Diljit Dosanjh. And the similarity in the brother’s physical appearances the people misunderstood Sajan to be Diljit.

Looks like Diljit too has a clue of the rumors going on about him on social media, so his latest stories make it clear that it wasn’t Diljit but his brother, whom people have mistaken to be Diljit

But now when you know what the reality is, you should help your near and dear ones to know the reality too.

Share this article with the people who think Diljit Dosanjh has actually posed without a turban.

Also, we highly suggest you not to believe everything that you come across on Social media, as long as it’s not posted by any reliable and authentic source. We all should also avoid such pieces of content which are not authentic, to avoid the spread of fake news.

Always remember that fake news can be harmful in unexpected ways.

Also Read: Who Is The Cute Little Boy In The Video Shared By Neeru Bajwa 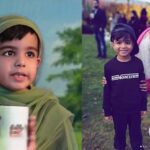 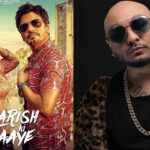