As the world moves towards digitalization, cyber crimes join the race too. Owner of Top Music Label Speed Records, Dinesh Auluck, encountered a similar online fraud. A man created a fake account by Dinesh Auluck’s name and tried to commit a fraud of Rs. 4.5 lakh via email.

The alleged cyber criminal sent an email to Dinesh Auluck’s partner, Sandeep Bansal, asking him to send Rs. 4.5 Lakh through RTGS. The man pretending to be Dinesh wrote in the mail that he was to make a payment to someone but had an important meeting to attend. So, he demanded Sandeep to RTGS Rs. 4.5 Lakh on his behalf, which he promised to refund through cheque in the evening.

To assure that Sandeep doesn’t call Dinesh and ask for confirmation, the alleged criminal even wrote that his meeting is about to begin and he doesn’t want to be disturbed by any calls. Though the alleged criminal tried to play very smart and deceive Sandeep Bansal, he wasn’t successful in his desired objective.

A man named Sachin Grover from the Kapurthala district of Punjab was arrested by the Police of the area. The convict used Speed Records’ name to commit frauds amounting to lakhs in return of promising a great career to young artists.

Just as Dinesh Auluck quoted, we all should be very careful while indulging in online transactions. The digital world is quite fragile and the number of online frauds is on an increase with each passing day. 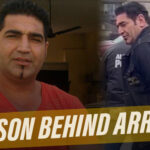 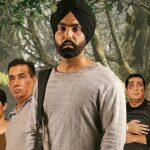