While Akshay Kumar mostly made headlines for bad reasons in 2022, as the year is about to end, he is in news for rejecting Hera Pheri 3. Yes, the news indeed is disheartening as every fan wants him to do the film. It’s been almost a month that Akshay said a clear no to Hera Pheri 3, the fans are still not able to digest the news. Hence, his fans and netizens are continuing to request him to do Hera Pheri 3.

Recently Akshay Kumar updated his gram feed with an interesting video of a fan who is seen posing as Raju on the streets of Jeddah. The fan posed as Raju as a tribute to Akshay Kumar, as the actor looked from the inside of the car and shot the video.

In the caption, Akshay Kumar talked about the massive success of Hera Pheri, and thanked the fans and people of Jeddah as he attended the Red Sea International Film Festival.

But on paying close attention, we also found amazing comments of the fans and netizens under the post. The internet is madly requesting Akshay Kumar to be a part of Hera Pheri 3.

While some fans wrote they will pay him the fees, others complained about their disappointment. Have a look at some quirky and amazing comments by his fans;

Akshay Kumar has not reacted to the fans’ request yet. Moreover, fans are still hopeful that Akshay will do the film for the sake of his fans’ desire. 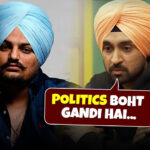 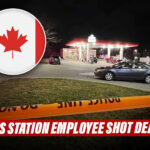