One of the biggest names in the country’s director world, Farah Khan has directed some of the biggest movies in Bollywood Cinema history. The reputation attached to this name is huge. Isn’t the news of Farah Khan directing a Punjabi project big?

Recently Farah Khan uploaded a post on her official Instagram handle, posing with Bollywood superstar and humanitarian Sonu Sood on a tractor. The picture was taken amidst the beautiful green fields of Chandigarh. The picture is a huge hint to the public that Farah Khan is upto a Punjabi project along with Sonu Sood.

If the suspicions are true, the Sonu Sood, Nidhhi Agerwal and Farah Khan song will be released through the music label Desi Music Factory. If Farah Khan is upto a Punjabi project, as the pictures from the sets and the shoot suggest, this will mark the directorial debut of Farah Khan into the Punjabi Music Industry. She’s already one of the most renowned names in the Bollywood industry and might soon break into the Punjabi industry too. 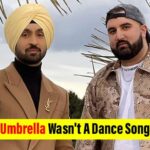