Farhan Akhtar’s latest movie ‘Toofan’ recently released on Amazon Prime Video, and earned good response from both the audience and the critics.  The film features Farhan as a boxer and for the character Farhan had to undergo some very serious and unbelievable physical transformation. Firstly he gained up to 15 kgs and had to shed the same as well.

Farhan has shared the pictures of his amazing transformation which has left us amazed and equally surprised. In one of his recent Instagram posts, he shared a set of three pictures of him with his weight on the weighing scale as well. The first picture features the fittest side of Farhan with 69.8 kg of weight, and a drastic change can be witnessed in the second picture in which Farhan has a pet belly and weighs 85 kgs.  And in the last picture, it is visible that Farhan has again shed some weight for this perfect looking body in which he weighed 76.9 kgs.

In the caption to the post, Farhan shared about his experience and revealed that this transformation was a journey of 18 months. He also gave due credits to his trainers and wrote,

“The many shapes and sizes of Ajju aka Aziz aka Toofaan. What a ride. 18 months of relentless work but worth every drop of sweat, every sore muscle and every pound gained and lost. ✊🏽
The stars behind the scenes – @samir_jaura @drewnealpt @anand.physio”

Farhan has one again proved that behind all the limelight, stardom and fame, there is a lot of hard work, consistency, dedication and struggle. Honestly, he has won the hearts of the fans, and if you are looking for an honest review of his movie Toofan, below is the link to help you out. 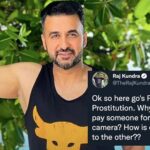 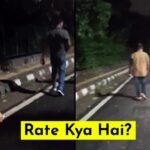