On Monday, the farmers from all across the nation gathered at Delhi’s Jantar Mantar to protest against unemployment. Additionally, the security at the borders of Delhi was increased. The protest had been called by the Samyukt Kisan Morcha (SKM) and the other farmer organisations.

Amidst this, section 144 has been imposed in the national capital. In addition, barricades have been put up at a number of the Delhi border crossings, including Ghazipur, Singhu, and Tikri, to prevent any gathering that might result in an undesirable situation.

The farmers from Ghazipur border, who were staging a protest and heading towards the Jantar Mantar, along with farmer leader Rakesh Tikait, were detained by the police and taken to a nearby police station in a bus, to avoid any further untoward incident. As many as 19 farmers have been detained from the Ghazipur border by the police.

“Given the seriousness of the situation, we have put up barricades to prevent any undesirable situation. A large number of police personnel have been deployed at the borders, junctions, and railway tracks “, as claimed by the police. Even the metro has been put on a high alert now.

Meanwhile, Rakesh Tikait, in a tweet, lashed out at the BJP-led Central government, accusing it of misusing the Delhi police to suppress the voices of the farmers. “The struggle will continue till the last breath, the arrests would result in a new revolution. We won’t stop, won’t bow down, won’t be tired,” he added in his tweet.

He even blamed the Modi government for muzzling the voices of the unemployed youth, labourers and farmers, accusing the Delhi police of not allowing him to meet the unemployed youth at the behest of the Central government. “Be prepared for a long struggle now, to fight for our due rights,” he further added. 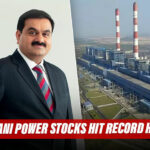 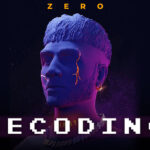