Janhvi Kapoor is currently in Punjab to shoot for her upcoming Bollywood film ‘Good Luck Jerry’. But on the very first day of the shooting in Fatehgarh, the shooting was interrupted by the youth associated with Farmers Organizations. They sat there and raised slogans against the new farm bills, central government and Bollywood Industry. Not only this, but the film unit was asked not to film there until farmers are provided with their rights and their demands are fulfilled.

After this, Janhvi posted a story on her Instagram account in which she supported the farmers and wrote a note in favor of them.

“Farmers are at the heart of our country.

I recognize and value the role that they play in feeding our nation.

I hope a resolution is reached soon that benefits the farmers.

And this led to the opposing youth letting them continue shooting. The shooting schedule of the film is expected to be completed by March 2021. 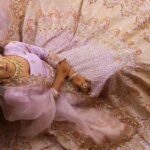 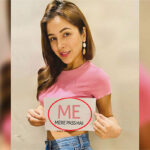