Fazilpuria is a popular and much-loved artist from the Haryanvi Music industry. He is one among many artists who have expressed their discomfort and condolences for Moosewala’s sudden demise.

Fazilpuria took it to his Instagram account and shared a heartfelt video dedicated to the untimely demise of Sidhu Moosewala. In the video, he is seen talking about how the industry needs to stand hand in hand and unite to earn justice for Sidhu Moosewala.

In the video, Fazilpuria included some messages for fellow artists and fans, and also took shots at the central government and politicians. He began with talking about Sidhu Moosewala by revealing he didn’t know him personally, nor he met him ever in life. But still, he knows Sidhu had achieved so much at just 28 years of age and someone snatched it all from him within a minute.

He said, “This is high time, we artists should stand hand in hand and unite to seek justice. Today this has happened with Sidhu brother, tomorrow it can happen with us, and then with someone else from the industry. If things go on like this, no artist will stay alive.”

Fazilpuria also said, ‘Sharing posts and stories on social media will not take us anywhere. People will post for a day or two, and then everyone will forget. We need to step ahead, take action and demand justice. I request you all, every artist from the Punjabi and Haryanvi Industry to unite and stand together so that we can get justice for Sidhu. The gangsters should know that we are together.’

Fazilpuria also suggested to all fellow artists to put a hold on their upcoming projects. He said they should not launch/release any song until justice is served to Sidhu Moosewala. The artist also went on to say that whether the situation demands a strike or a protest, they all should stand still and take action.

On the behalf of the entire Haryanvi Music Industry, Fazilpuria stated that they will stand with Punjabi Industry, they just have to take the initiative. ‘Hum sab kalakaar aapke saath hain, aap bas kadam badhayein, hum aapse aage khadenge!’, said the singer.

While heading to the conclusion of the video, Fazilpuria also had different messages for fans, the central government and politicians as well. He first requested all the fans and admirers of Sidhu Moosewala and other artists to come forward as this is the time to prove their love.
To the central government, Fazilpuria requested to stricken the laws, as the imprisoned gangsters are planning and plotting horrific murders. And the artist also took a dig at politicians by saying, “Tweet na karein, action lein! Yeh time action ka hai!” 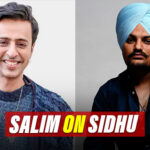 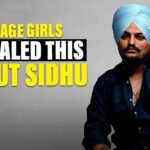