Salman Khan is the dabbang superstar of Bollywood who enjoys a crazy and massive fan following across the globe. We are sure you too have watched his films and might be one among his millions of fans. He has given the industry multiple blockbuster hits including movies like Dabbang, Bajrangi Bhaijaan, Ek Tha Tiger, and many more.

But apart from movies, the actor also stays in the spotlight due to various controversies. We are sure, you still remember his statement during the promotions of Sultan when he said, ‘shooting in minimal clothes in front of a huge audience made me feel like a raped woman’. This statement by Salman Khan invited legal trouble and massive criticism for which his father Salim Khan apologized on his behalf.

But that controversy has another tale connected to it. It was the time when a female singer had criticized Salman Khan for his remarks, and in return, she was humiliated badly by his fans and admirers.

We are talking about Sona Mohapatra who has given her voice to some renowned songs like Bahara, Bedardi Raja, I Hate You Like I Love You and Ambarsariya. And Sona revealed that it was the worst phase of her life.

In an interview with ETimes, Sona unveiled that she was given gang rape and death threats. Not only this, she was literally sent shit in tiffin boxes and her pictures were also morphed on various po*n sites.

It took her time to get over all the humiliation and trolling which not only affected her but her family as well. 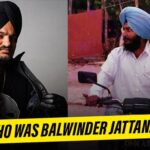 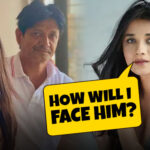