Ajay Devgn’s upcoming sports drama is all set to shoot the fourth schedule of the film from February 14th onwards in Powai where after completing his segment actor re-join the team on 10th March for completing the football sequences.

Recently, Taran Adarsh took it to his Instagram Handle where he shared the news of the film as he wrote: “ #MAIDAAN FINAL SHOOT TO BEGIN…#Maidaan – starring #AjayDevgn – will be shot from 14 Feb 2021 in #Powai [#Mumbai]… Will be filmed non-stop till April-end, which will mark the completion of the shoot… Directed by Amit Ravindernath Sharma… 15 Oct 2021 [#Dussehra] release

Maidaan is based on the golden era of Indian football (1952–62) and in which Actor Ajay Devgn will be seen playing the role of football coach Syed Abdul Rahim. The film is being directed by Amit Sharma and Bankrolled by Zee Studios, Boney Kapoor, Akash Chawla, and Arunava Joy. The film is set to release on 15th October 2021 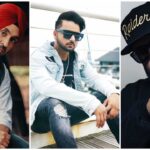 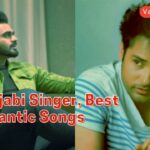