As per the news, an FIR has been filed against unidentified individuals for allegedly sexually harassing a Delhi BJP spokesperson after a video disparaging her was shared on social media, according to the police.

The incident came to light after the Bharatiya Janata Party’s Delhi unit filed a complaint, stating that the spokeswoman is targeted online, her modesty is being insulted and that the video along with misinformation had been posted.

The complaint further stated that “this was meant to hurt the spokesperson’s reputation by including her name in the video’s link and publicly defaming her.” The FIR was filed at the Cyber Police Station in the New Delhi District in accordance with Sections 354A (Sexual Harassment) and 509 (Offending a Woman’s Modesty).

According to a senior police officer, an investigation has been launched after the FIR was filed at the Cyber Police Station of the New Delhi District. The complaint claims that in order to harm the spokesperson’s reputation, offensive sexual statements that had nothing to do with the link’s content was made against her.

A number of people are also allegedly accused of harassing the BJP’s spokespersons for the past two to three months, and the party has demanded strong action to be taken against the offenders, according to the police. The increasing crime rate against women is a matter of concern, moreover when a spokesperson of the ruling party has been targeted like this, in the national capital. 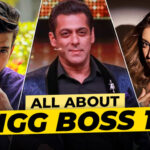 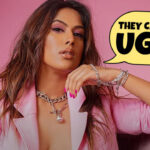