Notable Punjabi singer Nimrat Khaira always impresses her fans with her Social media posts. Be it from her shoot, trip or upcoming film, she never fails to entertain her audience. And this time again Nimrat teases her fans and shares a glimpse from her upcoming film ‘Jodi’ along with co-star Diljit Dosanjh.

In the sneak-peak, the singer was seen wearing a check shirt. Diljit rounded up his look with a white turban and was seen sitting behind Nimrat whereas Nimrat was seen donning a red and green suit.

As soon as the post went up, a number of his fans shared how excited they are about this project. Many also said how adorable the two celebs looked together.

ALSO READ | Amberdeep Ready For An Explosion In 2022, Unveils Movies Calender For The Year

Earlier, Both the actors share their first look from the film as they are standing and performing on stage. Here’s the another still from the movie:

However, director Amberdeep Singh has recently revealed the update about his upcoming films. One among them is Jodi. The film is slated to release in June 2022. Further, this is the first time both Diljit and Nimrat have been paired alongside one another. Fans are eagerly waiting for the release date and movie to hit the silver screens. 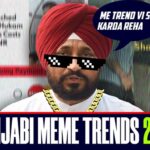 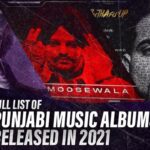