Bollywood actor Akshay Kumar is one artist who is widely known for releasing many movies every year. This ear, Akshay has hit the silver screens with Bachchhan Paandey and Samrat Prithviraj, while his movies; Raksha Bandhan, Ram Setu and Mission Cinderella are yet to be released.

Currently, Kumar is busy working on his upcoming Bollywood biopic Capsule Gill. The film will be based on the life of mining engineer Jaswant Singh Gill. And now, the first look of Akshay Kumar dressed as Jaswant Gill has gone viral on social media.

In the picture, Akshay is seen dressed in a smart Sardaar look with a maroon turban and specs on. He is posing in the golden fields of Yorkshire giving an intense look out.

Talking about the mining engineer; Jaswant Gill, he is known to save the lives of 64 miners who were trapped in a coal mine in West Bengal in 1989. In the Raniganj Coalfields incident, Jaswant Gill risked his life to save others.

Reportedly, a large part of the shooting of Capsule Gill will take place in the UK. Parineeti Chopra will be seen playing the lead role in the film opposite Akshay as Gill. 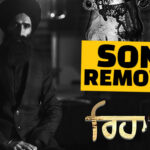 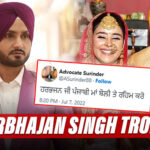