Fortunately, five men saved them. As they use their turbans, jackets to make 10 meters rope and save the young hikers life. These five men are Gagandeep Singh, Gurpreet Singh, Arvindjeet Singh, Kulinder Singh and Ajay Kumar. They were presented with Community Leader Awards in recognition of their bravery and heroic actions.

Not only this, Supt. Wendy Mehat with Ridge Meadows RCMP said, “It should also be noted that the men used their turbans, a Sikh religious symbol, to perform the rescue”. It’s a proud moment for all the Sikh community as a piece of cloth helped to save someone’s lives. Further, Mehat shows her gratitude and hands over the awards to each man.

21 years old Gurpreet Singh, who is one of the men honoured on Tuesday, said they were first approached by a woman whose friends were in danger and they needed to call 9-1-1. But, no one had cell service.

They thought, analysed and recalled a video they had seen of a group of men in India removing their turbans to help pull someone to safety, so they decided to do the same thing. Gurpreet further said, “It was so cold there and the falls were so fast so we removed our turbans and made a rope with them.”

After seeing one of the men was shivering from cold and also career, Singh said they knew they had to do something. Interestingly they were successful in rescuing and felt proud of themselves. They showed their happiness and said irrespective of their religious sentiments, they gave someone life as their priority.

Five Sikhs Used Their Turban To Rescue A Hiker Who Slipped Into The Waterfall: Viral Video

On this heroic incident, Mehat said “We really here, as a detachment and as a community, show our support and congratulate them.” She added that she has been a police officer for 21 years and has never heard about this type of rescue. 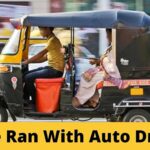 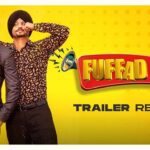