Klein Vision has finally turned Science fiction into reality. As flying cars are no dream now. This is because a flying car that’s capable of flying at heights of over 8,000 feet and speeds of over 160 miles per hour has received certification to fly in Slovakia. It takes two minutes and 15 seconds to transform from the car into aircraft.

The test flights, which included more than 200 takeoffs and landings, were compatible with European Aviation Safety Agency (EASA) standards.

The flying car was awarded an official Certificate of Airworthiness by the Slovak Transport Authority, CNN reported based on Klein Vision’s statement. Klein Vision is the company that developed the vehicle. To take off in the flying car, one would require a pilot’s license, Klein Vision’s spokesperson said.

The vehicle offers stability and control that can help even most novice pilots fly confidently without requiring special training. The AirCar takes off and lands like a conventional plane and requires a pilot’s license to fly.

But a number of companies are working on unpiloted air-taxi services with autonomous flight and vertical landing and take-off.

Now, the engineers behind AirCar are developing a second-generation prototype which will be a pre-production model sporting a 300 horsepower engine with a cruise speed of 300 kilometers per hour as well as a 1,000-kilometer range. 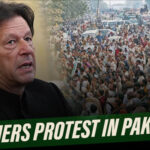 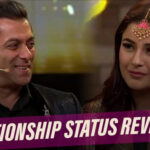