Ashu, in his plea, has said that he is being implicated in a false case and it’s a part of vendetta politics against him. Several small contractors have accused him for irregularities in the tenders in Punjab’s mandis during his tenure as minister, after which, the Punjab Vigilance Bureau has started the investigation in the case.

Recently, former Congress minister Sadhu Singh Dharamsot was nabbed by the Vigilance Bureau of Punjab police on June 7 in a corruption case. Now, with the speculations of Vigilance Bureau to soon arrest former minister Bharat Bhushan Ashu, the troubles for the grand-old-party seem to increase in Punjab. The Congress leaders have called it a politics of “vendetta” by the Aam Aadmi Party govt.

Since the humiliating defeat of the grand-old-party in the recent assembly elections in Punjab, the troubles for the party have increased in Punjab. First Navjot Singh Sidhu was jailed, then Sunil Jakhar’s exit, after that, four former ministers joining BJP, Sadhu Singh Dharamsot’s arrest and now Bharat Bhushan Ashu’s plea seeking stay on arrest, has not only increased the troubles for the Congress party in Punjab but even dented the image of the grand-old-party in the state. 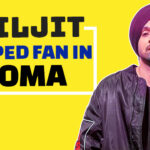 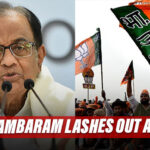