The strong bond between Sharry Maan and Parmish Verma took a new turn after Sharry Maan walked out disappointed from Parmish and Geet’s wedding. He decided to take it to his Instagram to share about the issue and it became one of the biggest controversies of the year.

Sharry was mainly disappointed by the fact that Parmish gave his wedding a more ‘business outlook’ rather than a wedding. He was also upset that his phone was taken away from him and he couldn’t click any pictures or go live with his friends. Being drunk, Sharry did not realise but went on to use some abusive words for Parmish which in turn upset him.

But now Parmish Verma has gone all the way! His recent Instagram stories make it look like Parmish isn’t holding back anything this time. He wrote that he respected Sharry like a big brother for 5 years and now, he has once abused his mother but won’t tolerate it anymore. He even said that Sharry was told on the call, 4 days before the marriage, that no one from the family will have their mobile phones with them.

Why Is Sharry Maan Disappointed After Attending Parmish Verma’s Wedding? Said, I’m Not A Reporter

He went on to add that even if Sharry had a phone, he would have only created a mess. Was he there to bless them or play a stunt? “So much poison in your heart and songs like ‘Yaar Anmulle’?”, wrote Parmish in his final reply. Parmish further said that their matter was personal, even if he disappointed Sharry, it works in friendship but the moment he abused his mother, he stooped very low.

Parmish Verma Replies To Sharry Maan, Thanks Him For The Love He Poured In The FB Live

In his next story, he had a message for people lecturing him on friendship. Parmish said that if someone calls your mother, their mother and still goes on to abuse them being drunk, Parmish cannot be friends with somebody like that. Replying to Sharry’s comment, “Are you Drake?” Parmish said that he is very satisfied with being ‘Parmish Verma’ and he doesn’t want to be ‘Sharry Maan’ who abuses others’ mothers and sisters.

Is The Dispute Between Sharry Maan And Parmish Verma Unravelled?

The reply has caused havoc among the public. Nobody saw this coming from Parmish’s side. It looked like the things were finally under control but this reply has made us all believe that their friendship might be over now. Both the artists were known in the industry for their bromance but now, God knows what the future beholds for them! 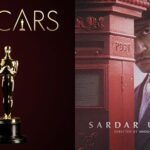 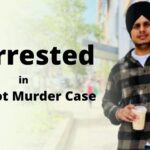