Renowned Artist of the music industry, AR Rahman is one such singer and music composer whose voice and music are exactly what we all want to listen to over and over again. A voice that no one can replace, a voice that has been doing wonders ever since he’s joined the industry.

Further, there are many songs which the audience loves due to his magical voice and compositions. Every song that he sings or composes will live in your playlist for years. Undoubtedly, he has this magic in his voice that can seize the hearts of his audience with every performance.

But today we have shortlisted his Punjabi tunes for you. Amongst his various superhit and evergreen melodies, here are the Punjabi songs he has made to rule our hearts.

A quintessential song from movie Rang De Basanti which has been crooned by Harshdeep Kaur has a great music which has been composed by Oscar Winner artist AR Rahman. AR gave life and soul to this sacred composition.

A song which urges young women to soar free like a kite. The song has been sung by Nooran Sisters whereas music has been composed by the maestro AR Rahman. Patakha Guddi gives the fragrance of Punjab with its piousness and free spirit.

The song which is sung by Arijit Singh and music composed by Rahman became a perfect romantic anthem when it was released. Not only Arijit’s voice, Rahman’s music in the song also stole our hearts. What a beautiful composition this is.

The song which turned into the rock anthem of the modern generation. The heavy strings used in the song take the audiences to a world where music means just rock. Sadda Haq was composed by none other than AR Rahman himself.

This time not only music but Rahman lent his voice for the song Maahi Ve. Everyone was stunned that Rahman got the pulse of the movie and produced amazing numbers. This song is no doubt very soulful and mesmerizing.

Hence, both AR Rahman’s voice and music are powerful and magical. It can make your heart skip a beat, it can melt it into tears and it can give you goosebumps, all at once! 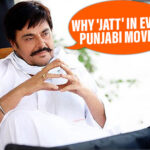 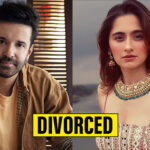