The singing reality show is home to many talented singers who have time and again swept us off our feet. But while the show has produced a lot of talented winners over the years, there are certain contestants who made it big in the industry even after not winning or selecting in the show. In fact, some are so big that they are household names and much more successful than the actual winners.

One among those artists is Punjabi singer Kaka who tried his luck at the singing reality show but did not end up winning and sometimes even qualifying. The singer himself revealed that he once auditioned for one of the reality shows in Chandigarh but ended up getting rejected then and there. According to him, the singer thinks that he was not prepared and might not be as skillful as he is today. He didn’t lose hope and tried for the next time. During the second time, he had a couple of soft drinks, used to sing Nusrat Fateh Ali Khan and sung his Qawalis, and the very next day of the audition, his throat got sore and he could not sing. Unfortunately the singer has to miss the opportunity.

What Prompted Singer Kaka To Write His Own Songs and Compose Them. Reason Inside

After this Kaka tried many times but he was not selected for further processes and still managed to make a name for himself in the industry. Now he is known for the hit songs like Keh Len De, Temporary Pyaar, Teeji Seat and many other hits. Hence, the quote, ‘success doesn’t teach you, failure does’ is appropriate in Kaka’s situation. 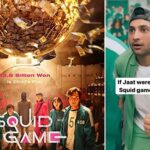 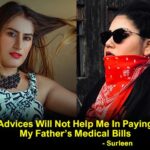