The much anticipated Gurnam Bhullar and Binnu Dhillon’s movie Fuffad Ji has finally hit the theatres today. It stars Binnu Dhillon, Gurnam Bhullar as the leads, Jasmin Bajwa and Sidhika Sharma as female & second leads, and features actors like Hobby Dhaliwal, Mahabir Bhullar, Gurpreet Bhangu and more as the supporting characters. We have watched the movie, and here we are with an honest and detailed movie review for you. If you’re planning to watch the movie today or any day soon, this review will help you make up your mind better.

It wasn’t a secret that the movie is based on a storyline that focuses on the relationship between a fuffad (uncle) and a jija (brother in law), who are practically son in laws of the same family. While Binnu Dhillon plays Arjan Singh, the Fuffad, Gurnam Bhullar was seen playing the character of Chann Singh (jija). And ever since the trailer of the movie dropped, the fans were waiting for the surprise this movie will release along with. And as both the name and trailer of the movie had suggested, yes, the movie is a light family drama which surely is entertaining but not too happening.

If we describe the movie’s story to you in a sentence, we’d say it’s just like the scientific fact which we learnt in school i.e. ‘Similar Poles are repellent to each other.’ Both Fuffad and Jija of the story are men with high ego in mind but store beauty in heart. Hence, their similar nature makes sure that there is always a rift between them which eventually is the main source of entertainment for the audience.

And along with the sweet & salty quarrels between the leads, the movie also served the audience with a little glimpse of their simple yet sweet romantic sides. The first interval of the movie will give you a sneak peek into the relationship between Arjan Singh and his wife, and since the second interval is about the marriage of Chann Singh and Pali, a part of it is dedicated to them.

Talking about the performances of the leads, Binnu Dhillon and Gurnam Bhullar, they both fit well in the characters like they were written just for them. Though we almost have no complaints with the acting skills of any actor including the supporting ones too, we personally feel that the skills of Binnu Dhillon were somehow under-utilised and the character formation of the female leads; Jasmin Bajwa and Siddhika Sharma felt a little weak on screen. And if you’re waiting for us to reveal what Jassi Gill is doing as a cameo in the movie, we aren’t going to disclose much, but we can assure you that he is the one who’ll add more charm and keep the legacy going.

If you have watched the trailer of the movie, we can say that there is a lot that you can predict about the movie already.

Also Read: Fuffad Ji Trailer Review: The Renowned Reputation Of A ‘Fuffad’ In Weddings Is All What It Depicts

The movie Fuffad Ji also includes various comic dialogues which makes sure that the audience is entertained throughout. But if we are asked, we’d say there were some failings which have pulled the movie back from getting a 5/5. As already mentioned, we believe the makers of Fuffad Ji failed to get benefitted from the calibre of Binnu Dhillon. His character could have been modified into something better which’d do justice to the fans’ expectations. Also, we would have been impressed if a little more focus was given on the personal stories of the characters too, despite the fact that the movie is wholly dedicated to the Fuffad and Jija of a family. And the harsh truth that various punches and comic scenes of the movies were too exaggerated like a stage drama was a little disappointing at times.

Also, we cannot ignore the fact that there were some scenes that gave us a real ‘Deja Vu’ when the movie turned very similar to Ammy Virk’s Bambukat. (We hope you remember that it too included rifts between the two sons-in-law of the same family.)

But overall, we conclude the movie as a family entertainer with songs, humor, relatable sweet n’ salty rifts, and a lot about weddings. So if you are looking forward to watching it with your friends or family, you can surely step ahead to have a good time. If you don’t expect unexpected drama and thrill in the movie, you’ll leave the theatres laughing and grooving. Do watch it, and have fun. 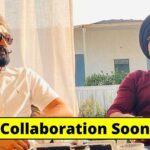 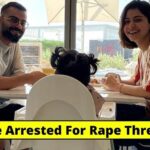