Prem Dhillon has been making headlines ever since rumours of his rift with Sidhu Moosewala started gaining fire. It wasn’t too late when the rumours were buried by Prem himself and he announced his upcoming track ‘G Loss’. Considering the situation the song was announced in, the audience was expecting it to be nothing less than Prem’s prime.

G Loss has been written and sung by Prem Dhillon, whose pen is just as good as his voice. G Loss had a lot of expectations attached to its name and it wouldn’t be wrong to say that while it has exceeded them in some areas, it has also fallen short of them in some.

Snappy has produced the music of the song and keeping in mind the stature of the artist, he has nailed it once again. Snappy has risen up to become one of the industry’s brightest talents in no time. Be it Copyright, Calaboose, Shah Ji and now G Loss, Snappy keeps on proving he is a master of his art.

Rubbal GTR has created the world where G Loss is set in and the man has completely pulled it off. The video has a story attached to it that goes perfectly well with the lyrics of the song. It is enough for the viewer to keep his head stuck on his screen till the end of the song. Not only the story, the camerawork, the moving shots, the locations, everything has been carefully handled by the director.

What has put us down this time is Prem himself! Prem Dhillon’s voice is always magical and this time too, it hasn’t let us get bored but the lyrics of the song are where it lacks. Prem Dhillon has proven on various occasions he is one of the best lyricists of the industry but when a star of his stature downgrades for even the slightest point, we feel disappointed. Prem has done songs of the same genre before, like Just A Dream, Lost In Love and a bunch of others. And if you put this song in front of them, you’ll understand what we are talking about.

Overall, the song is not a disappointment but falls short of our expectations. We expect nothing but the best from an artist like Prem Dhillon and this wasn’t the best of his career. The hook is really addictive and the song will surely make many of you vibe to it. We are hopeful Prem will bounce back, and bounce back hard! 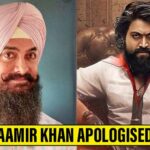 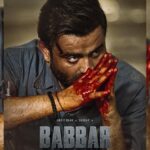