The 16th track, G-Shit, of the mighty Moosetape album by Sidhu Moosewala has officially dropped on youtube. And let’s make it very clear from the beginning, this track is straight fire! The song features a rapper from Toronto, Blockboi Twitch. The Sidhu Moosewala X Blockboi Twitch duo appears to get along perfectly together.

He has tried every possible thing to bring all the G63 AMG’s of Dubai in the video. The Black German Beauties are a blessing to the eyes of car enthusiasts. The shots in the desert are especially graceful. And forget about everything, we also saw the Mercedes AMG G-63 6×6!

Sidhu Moosewala is also back in his aggressive mode after ‘Aroma’, which was a rather emotional kind of track. G-Shit was a very awaited track and the song has fallen perfectly to everybody’s expectations. The Blockboi Twitch feature has added a different flavour to the song. His voice simply hits differently.

The music department has been held tightly by The Kidd. The Kidd has not disappointed in any of the tracks so far and we can rest back in our seats knowing Moosetape music is in the safest hands.

G Shit is simply one of the best tracks on the album so far. The whole album is a totally different vibe but G Shit is just something else! Get ready to listen to this absolutely lit track. 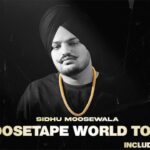 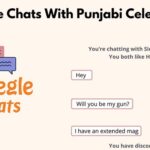