Gadar: Ek Prem Katha is one of the finest and most successful movies in Indian Cinema. The film starred Sunny Deol and Ameesha Patel in the leading roles. The 2001 film features a typical love story based on the time during the India-Pakistan partition.

Directed by Anil Sharma, the film is once again in news and creating a massive buzz due to its upcoming sequel. Yes, you should know Gadar 2 is happening and fans are actually really excited about it.

Also Read: #Embedded Is Trending & You Should Not Search It On Instagram! Here’s WHY

And Sunny Deol who is once again set to star in the sequel of the film feels the makers should re-release the film in theaters. While talking to Pinkvilla, Sunny Deol expressed, “I think, they (producers) should put that out again on the big screen so that today’s generation can see the film and judge for themselves what it (the euphoria) was.”

Though the producers of Gadar have not made any comments yet, fans are actually finding Sunny’s idea good. Not only this, Sunny Deol also talked more about the upcoming film and stated that he is very confident about it. He also said that he feels sequels should only be made if the writing is strong.

“I am very confident about the film. Whoever I meet wants to see something and we are giving them that in Gadar. We resume shooting in October and wrap it up by December. It will be an early 2023 release”, said Deol.

The film has earlier made headlines, especially in Punjabi media when Punjabi singer and actress Nimrat Khaira rejected to play the lead role in the anticipated movie.

Moreover, coming to the credits and more details of Gadar 2, the film was announced in 2021, and will bring back the film’s team. Anil Sharma will be directing Gadar 2 which will star Sunny Deol and Ameesha Patel in the leading roles. 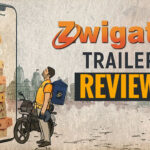 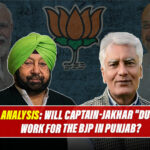