Punjabi Film Industry has covered almost all the possible movie genres but particularly, the crime-thriller genre, remains its favourite. Every year we see one or two action-packed crime thrillers that end up making our year much more entertaining. We have also seen a bunch of movies made on gangster lives.

From the beginning, Punjabi Industry has loved to make movies on Gangsters and Gangster life. There are some brilliant movies on the lives of gangsters that one cannot miss, especially if they are a fan of Punjabi Cinema.

The Best Punjabi Movies On Gangsters

This Jay Randhawa starrer film is exactly how a gangster movie should be made. It narrates the life story of ‘Sucha’, played by Jay, his rise to fame in the gangster world and how the lifestyle ends up taking his life away and turning society into his enemy. It perfectly reveals why dreaming of becoming a gangster is all fun but a curse when you step into the real dark world.

This still remains one of the best movies of Dev Kharoud as well as the film that made this very genre the industry’s favourite. ‘Rupinder Gandhi The Gangster?’ Covers the life story of a gangster that goes by the same name. From a college student to a National Level Sports Player, to an infamous gangster, how the young blood plays its role in one’s life, the movie is the perfect example of it.

The sequel to ‘Rupinder Gandhi The Gangster?’. It takes the story further and is much more intense than the last one. However, the one thing about Rupinder Gandhi is that it’s not all about guns, crime and murder, it is about the personal side, the unknown side of a gangster which makes it a standout film and a must-watch.

Kartar Cheema picks up the weapons and turns harsh this time. Released in 2013, Sikander instantly became a fan favourite. The film perfectly describes how crime life is closely related to politics. Played by Kartar Cheema, ‘Sikander’ is forced to answer his enemies in the way they understand. This ends up taking his life at the end of the film, at least that’s what we were shown at the end of the film.

Sikander has left the crime world, taken a U-turn from the dark world and is living his life happily in his hometown but as it is said that you cannot turn back once you’ve stepped into it. Sikander’s brother Balli, played by Guri, entangles himself in this web of crime and ultimately ends up being stuck. This forces Sikander to unwillingly take the gun back in his hands and save his brother’s life. The film was highly appreciated by both fans as well as critics.

Gama, played by Dev Kharoud, is the lead character in the film depicting true gang wars. It feels like Dev Kharoud is made for such roles. Be it Rupinder Gandhi movies or Blackia, his performance makes the movies worth watching. Gama is an innocent college-going student dedicated to his studies but a case of Gold Smuggling fetches him to the dark world and gets him involved in a gang war.

Played by Deep Sidhu, Jora is forced to step into gangster life due to dirty politics. A young boy is left traumatised by the incidents he has to face at such a raw age, and the trauma paves the way for him to turn into a notorious gangster and go on a mission to seek revenge against the officials who forced his state and are responsible for his family’s condition.

These are some of the best movies that depict the true life of a gangster. They not only show why being a gangster is a curse but also exhibit the side that forces one to take up this path of life. Though these are some of the best, they are not all. There are a lot of other Punjabi Movies based on Gangsters and their lives that one cannot miss. It is a genre worth exploring! 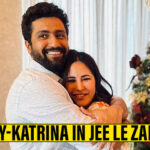 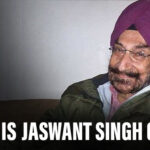