Gangster Lawrence Bishnoi currently is in the custody of Punjab Police for investigation regarding the Sidhu Moosewala murder case. The assassination left lakhs of fans and people in shock and utmost pain. And now, the information has come out stating popular Bollywood filmmaker Karan Johar too was on his hit list.

Bishnoi had taken the responsibility for the murder of Sidhu Moosewala immediately after the unfortunate event took place. Moosewala was shot dead near Mansa on 29 May by anonymous armed men. The investigation on the case is still on and is unveiling various big secrets of the gang.

Earlier it was revealed that the Bishnoi gang had strong plans to kill Salman Khan, and now the recent update has also brought Karan Johar’s name into the game. Yes, the news is shocking but true.

Various reports suggest that they had planned to target Karan Johar for extortion of rupees 5 Crores. According to a report in PTI, the disclosure was made by Siddhesh Kamble alias Mahakal, an alleged member of the Lawrence Bishnoi gang to Punjab Police and the Mumbai Crime branch during the investigation.

Also Read: Vishal Dadlani Sings A Chunk From Sidhu Moosewala’s 295 Song! Is He Trying To Convey Something?

In the statement, the Police Officer said, “With some accused, there is an element of bragging in their confessions. The motive behind bragging is to gain publicity and get bigger extortion amounts. This phenomenon is common in Punjab and other neighbouring states. They (gangsters) want their names to get associated with high-profile cases. Mahakal is a small fish. Vikram Brar told him about Karan Johar. Why Brar told this to Mahakal, who is just a foot soldier? Because Brar wants to increase his clout and impress youths like Mahakal.”

This news had made headlines and spread like a wildfire. Netizens and people are expecting the revelation of more details and secret plans of the Bishnoi gang. 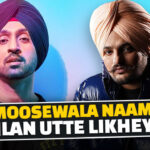