Wanted gangster Preet Sekhon aka Preet Amritsariya has been finally arrested by Punjab Police in Chamyari village of Ajnala . As per the reports the gangster was hiding at his relative’s house and the Punjab police located and surrounded him.

Preet Amritsariya was wanted for various criminal charges on him including murders, attempts to murders and many more. And he was also involved in blackmailing, demanding 10 lakh rupees from Punjabi singer Prem Dhillon and firing at his paternal house after the singer refused to entertain his demands. After this incident, Preet Dhillon’s father, Kuldeep Singh decided to take action against it and lodged a police complaint against the gangster. Read the complete story below;

In Ajnala, he was surrounded by DSP Balbir Singh, DSP Gurinderpal Singh Nagra, ASP Abhimanyu Rana, Police unit and OCCU. While they continuously asked the gangster to surrender, meanwhile he shared a Facebook status in which he updated about how he has been surrounded by Police.

Talking about this arrest, Dinkar Gupta, DGP stated that Preet Sekhon and his accomplices had been involved in making a large number of extortion and threat calls to a number of prominent businessmen and professionals, especially in the Amritsar area. 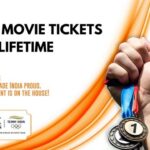 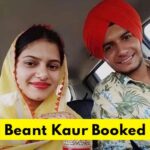