Gangster Deepak alias Tinu, one of the main accused in Sidhu Moose Wala murder case, managed to escape from the CIA unit in Mansa, Punjab. Moreover, this has brought embarrassment for Punjab police and raised numerous questions on the administration.

Moreover, Sidhu Moose Wala’s mother Charan Kaur lashed out at the system, adding, “There’s no hope for justice, our governments are doing nothing.” Though the police has issued a lookout notice and searches are ongoing at various locations, but Tinu hasn’t been found yet. As claimed by several media reports, he may use a fake passport and fly abroad.

Moreover, the Police sources stated that on Saturday night, around 11 p.m., CIA incharge Pritpal Singh drove Tinu in his personal Brezza vehicle from the CIA office in Mansa to his official residence B-4 in Civil Lines, where Tinu was left alone to meet his girlfriend in a room. Reportedly, from there, Tinu and his girlfriend ran away. (Source – The Tribune)

As per the information, Civil lines is one of the most posh areas where mostly the government and police officials live. Moreover, Tinu’s escape, that too from such locality, raises questions on the police and administration.

Subsequently, Pritpal Singh, who had been suspended and arrested by the police officials, was presented in the district court today, which ordered to send him to a 4-day police remand till 7th of October. Pritpal Singh’s suspension and investigation against him, is a matter of shock as he was a major part of the SIT investigating the murder of Sidhu Moose Wala.

Deepak alias Tinu is one of the close aides of gangsterJaggu Bhagwanpuria and Lawrence Bishnoi, and was allegedly involved in planning Sidhu Moose Wala’s murder. Moreover, the matter of his escape was even raised in the special assembly session by the opposition. However, CM Mann assured that he would be nabbed very soon. 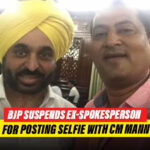 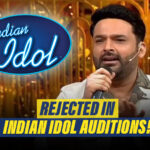