One of the most popular stars of Punjabi Industry, Garry Sandhu recently released his song, Coming Home on YouTube. The song features Naseebo Lal which is getting a good response from the audience. The song is released on Garry’s own label, Fresh Media Records, for which he often says he wants to give chances to the fresh talent on this platform. And this beautiful song also ends with a surprise for all the Garry Sandhu fans and aspiring Music Producers too.

Because Garry Sandhu and his team have found a new and creative way of recruitment this time. At the end of the official video of this song, they have mentioned that Fresh Media Records are looking for a new Music Producer and this could be you!”.

This is an opportunity for you all to work with him and his team. If you’re interested, do give it a try, because you never know, you might be the one who goes lucky! 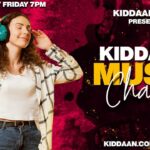 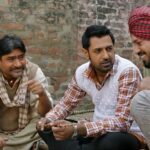