When it comes to Punjabi Music Industry, there are multiple superstars. But Garry Sandhu is the one who has ruled on hearts and the industry too. Garry Sandhu is a Punjabi artist who enjoys a huge fan following worldwide. People love him and he loves his fans even more. It’s his birthday today and the artist has turned 37 today and we believe it is the best day to celebrate his career.

No song beat the vibe of this super hit Punjabi song “Yeah Baby”. Even Bollywood had to make it a part of “De De Pyaar” movie, starring Ajay Devgn, Tabu and Rakul Preet Kaur. Have you listened to both of its versions?

Banda Ban Ja is a heart-melting song in the voice of Garry Sandhu. The song became the favorite of all immediately after its release, and the people who truly vibe on Sandhu’s vibe are still obsessed with this one.

We bet no marriage function is complete without the performance of deor-bhabi on this superhit track. There is nothing you can not like about this song. In the vocals of Garry Sandhu and jasmine Sandlas, “Laddu” song is a song to break the dance floor on.

The next song in this list is “Ego”, which is less like a song but more like a life lesson. Listening to this track has always been bliss for our ears, mind and soul. You can listen to this song even after ages, and even then it will sound as relatable as it does now.

How can one be talking about Garry Sandhu and not mentioning Illegal Weapon? The super hit track with more than 445 Million views has been featured in Bollywood movie Streer Dancer as well.

Doabey Wala is another superhit track by Garry Sandhu which will force you to shake a leg. This song marks the collaboration of Kaur B and Dj Goddess with Garry Sandhu and became popular among the youngsters expecially.

Garry Sanshu is a evergreen superstar in the industry with evergreen songs too. ‘Ja Ni Ja’ is one such song which is still known to the people who listened to it once.

We still remember the days when everybody listened to this song on loop. Are you one of them too?

One Touch is another Garry Sandhu hit which has crosses millions of views on YouTube. And the song is favourite of many even today.

Let’s Talj is the best song you can dedicate to your partner. But this romantic-emotional song can also make you cry and miss the someone special of your life.

Many hearts would have been disappointed if we didn’t include this song in this list. The melodious Rabb Jaane is the last but not the least in this list today.

The list of Garry Sndhu’s best song is not limited to only these 10 songs. There are many more and we hope he stays healthy and fit to serve us more entertaining songs forever. 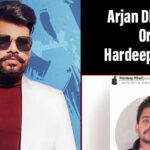 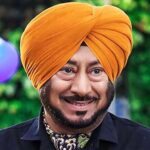