Recently we updated you with the news that the shooting of upcoming punjabi romantic-comedy movie Snowman has been wrapped up. And now we have another great news for all Gippy Grewal and Neeru Bajwa fans.

The release date of upcoming punjabi project, ‘Snowman’ has been announced. It will hit the theatres on September 10th, this year.

Snowman will star Gippy Grewal and Neeru Bajwa opposite each other in the lead roles, while Jazzy B, Rana Ranbir and Arshi Khatkar will be seen in pivotal supporting roles. The film is also written and directed by Rana Ranbir himself.

The team including Gippy Grewal and Neeru Bajwa took it to their Instagram accounts to share the news about the release date of their upcoming project.

This film is much awaited because it will feature Gippy Grewal and Neeru Bajwa opposite each other after a long gap.

But, before Snowman, Gippy and Neeru will be seen sharing the screen together in ‘Phatte Dinde Chakk Punjabi’ which will be released on July 16th. The on-screen pair also have another project ‘Paani ch Madhaani’ in their bucket. 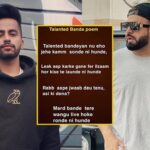 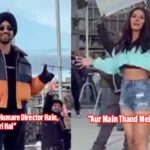