We still remember the time when albums were released and for this, we used to buy their cassettes and CDs. And for the best song from the album, a video was produced. Then years passed and singers dropped the idea of the album and headed towards singles. They started releasing songs with videos, and before one could get popular, another was released again. But now the time has changed again, and it feels like singers are again choosing Albums to release their songs. It started with Sidhu Moosewala, then Sunanda Sharma’s Instagram post captioned as ‘Album Coming Soon’, and how can we forget G.O.A.T by Diljit Dosanjh, which we guess is Greatest of All Time, because all the great players are called G.O.A.T.

But the latest update is about Gippy Grewal because he has recently announced his new album, which is the complete responsibility of Amrit Maan. And they both are discussing and working on the album for the last two weeks. Amrit himself has also said that they are working on the album for at least 8-10 hours each day, for which the writing and recording part has been already completed. Gippy has already sung songs written by Amrit Maan in Faraar and Kaptaan movies, and now, it is said to be the greatest album of Gippy’s life.

And the best part is the name and release month of the album is yet to be decided and for this Gippy has invited suggestions from his fans in his Instagram post too. So, if you have got some really creative ideas which may impress Gippy, you should go on, because there are chances it may get finalized. 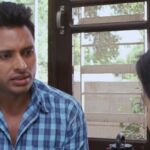