With the continuous release of pending and pre-announced projects, the Punjabi Film Industry is also simultaneously preparing for the upcoming movies also. Yes, directors and actors are announcing their new projects which will be hitting the silver screens in near future. Recently, Gippy Grewal has also announced a new project called Maujaan Hi Maujaan through an Instagram post.

Gippy who has already announced various upcoming projects, has added one more name in the list of his yet to release movies. The superstar actor took it to his Instagram account and shared the poster of his upcoming movie. Named Maujaan Hi Maujaan will also star Binnu Dhillon and Karamjit Anmol in the leading roles.

The poster and tagline of this upcoming movie looks so fun. The poster describes the film Maujaan Hi Maujaan as ‘A Deaf, Dumb & Blind Comedy’. The film’s poster features Mahatma Gandhi’s three iconic monkey idols; the first covering its eyes, second covering its ears and the third covering its mouth.

Also Read: Buying A 14 Series iPhone From The US: A Good Idea? Here’s All You Need To Know!

The project is presented by East Shine Productions while Amardeep Grewal will be produceding it. Coming to more credits of Maujaan Hi Maujaan, the film will be directed by Smeep Kang who is known for helming amazing comedy movies in Punjabi Film Industry. Vaibhav-Shreya has written the film’s story and Naresh Kathooria has given dialogues to it.

Also Read: After Krushna Abhishek, Chandan Prabhakar Quits The Kapil Sharma Show, Here Is Why
For now, the final or expected release date of the film is not finalized yet. Moreover, Gippy Grewal also has other movies like Shinda Shinda No Papa, Honeymoon, Warning 2, an untitled film with Tania, Kudiyan Chidiyan and more scheduled for their releases one after another. 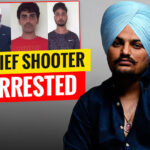 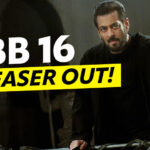