Gippy Grewal who is one of the finest and most loved artists in the Punjabi Entertainment Industry is not only an amazing singer but also a great actor. He keeps updating her Instagram account with pictures and videos about his life and upcoming projects.

And recently, Gippy shared something that grabbed all the eyes. Grewal has updated his gram profile with a set of three new pictures. In these pictures, he is seen posing and having a great time with Bollywood actor Sanjay Dutt.

Not only this, Gippy Grewal also penned a heartfelt and very sweet note dedicated to Sanjay Dutt. He began by praising his kind personality and also revealed Dutt has paid his condolences to late Punjabi singer Sidhu Moosewala.

Here is what the note reads, ‘Heard lot about Sanjay Bhaji kindness. Honestly he is more above that. He has lots of respect towards our Punjab and Punjabiyat. He also pays condolences to chotta Veer Sidhu Moosewala.

Real Gem of a person @duttsanjay’.

Also Read: Sanjay Dutt Jokingly Abuses Paps In Punjabi! Here’s The Hilarious Video
The fans of both Gippy Grewal and Sanjay Dutt are cherishing this meeting and looking forward to an expected collaboration. Though Gippy has not revealed anything or dropped any such hint about the same, we wish fans’ expectations turn into a great reality. 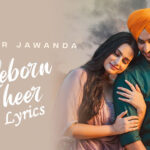