Pollywood Stars Gippy Grewal, Neeru Bajwa, Jazzy B, and Rana Ranbir are going to start the shooting for their upcoming film SnowMan, which is written and will be directed by Rana Ranbir.

Recently, director Rana Ranbir shared the first poster of the film on his social media account with the caption: “Shooting starts tomorrow”
Have a peek at the poster:

While SnowMan will see Gippy Grewal and Neeru Bajwa reunite after Mel karade Rabba (2010) and Jinhe Mera Dil Luteya (2011), the fans of this couple are super excited to see the chemistry of them on the big screen again. Neeru will also be seen with Gippy in another upcoming, ‘Panni Ch Madhaani’, which is directed by Vijay Kumar Arora.

Coming to the other credits, SnowMan is written and directed by Rana Ranbir, Produced by Gippy Grewal & Aman Khatkar, and the film features Neeru Bajwa, Gippy Grewal in the main leads. SonwMan is bankrolled by Superstar films and Aman Khatkar Productions. 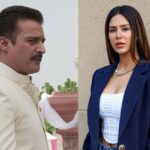 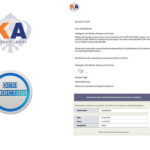