Punajbi singer Gippy Grewal hit the social media for his album ‘Limited Edition’. Needless to say, it will surely be loved by the audience whenever it comes out. The fans went crazy when he dropped out the poster on Instagram. Not much information has been shared at that time. But today the Singer came live on Instagram and shared some updates regarding the ALBUM ‘Limited Edition’.

He says that the full album will be released in August 2021. Moreover, the exciting thing is that lyrical bonus tracks will be out in two to three days, which makes fans go whirling. Also, among all songs, four songs of the videos have been shot. At last, he will not drop the whole album together but the tracks of the song will be released one by one.

However, yesterday Rapper Sultaan shared a poster of Gippy Grewal’s upcoming tape on his social media. It makes the fans confused, whether it will be a collaboration or he is just supporting the artist.

Will We See A Gippy Grewal & Sultaan Collaboration In Limited Edition?

Meanwhile, singer turned actor Gippy Grewal has last released his album ‘The Main Man’ which hit the music chart and was very much appreciated by the audience. For his ‘Limited Edition’ we are waiting for more updates. Stay tuned with us, so that we can share the news as soon as we GET it. 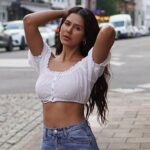 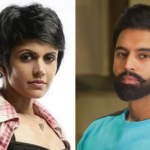