Gippy Grewal in an exclusive interview with Bollywood Hungama spoke about the death of Sidhu Moose wala. He said just 3 days before his death he invited Sidhu to his office to do a song together for his film.

Gippy said that he has known Sidhu since 2017 when he launched him on his label humble music but they never did any song together. Now Gippy has an upcoming film and he wished Sidhu and himself to come together for a song.

He said Sidhu came to his office on 26th May and spent 3 hours there. He agreed with Gippy for a duet song. He further said that Sidhu was about to record the song in the next week but just 3 days later on 29th May, the unexpected news of his murder created buzz.

Gippy mentioned that he was very close to Sidhu and had family terms with him. “He was not just a friend but more like a brother”, Gippy said.

Gippy even visited Sidhu’s parents last week, of which he talked about but said he cannot Express that feeling. Gippy made another revelation that there are about 40 songs of Sidhu that are unreleased.

He further mentioned the achievements of Sidhu Moose wala and talked about how much he was admired by people and big Hollywood stars like Drake who recently paid tribute to Sidhu by wearing his t-shirt.

You can watch the interview here; 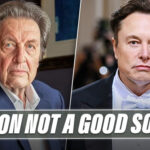 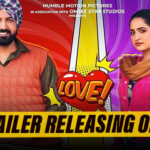