2023 has a lot of projects in the pipeline already. One of them is Gippy Grewal starrer next. Zee Studios upcoming presentation, Uchiyan Ne Gallan Tere Yaar Diyan is all set for its release in March 2023 and has everyone’s eyes upon it, first due to its rich starcast and second its lead pair of course.

Gippy Grewal and Tania are all set to share the big screens for the very first time with this forthcoming movie whose shoot has recently got wrapped up. ‘Uchiyan Ne Gallan Tere Yaar Diyan’ shoot has been packed up. It was in May this year, when the shooting of this movie kick-started. And now it has finally been wrapped up.

The makers and the actors of the film shared the pictures from the set, celebrating the wrap up of the movie. Apart from Gippy Grewal and Tania, the Uchiyan Ne Gallan Tere Yaar Diyan will have amazing supporting actors like Shweta Tiwari, Raj Shoker, Nirmal Rishi, Hardeep Gill and more.

Also, singer Jasmine Sandlas will mark a special presence in this movie, reportedly, for a track which will also feature Tania and Gippy along with her.

International Women’s Day 2023 will commence the release of Uchiyan Ne Gallan Tere Yaar Diyan, that is on 8 March 2023. Renowned director Pankaj Batra has directed this entertainer and Rakesh Dhawan, known for the movies like Golak Bugni Bank Te Batua and Chal Mera Putt, has written it.

Uchiyan Ne Gallan Tere Yaar Diyan revolves around an underdog guy who gets bullied due to his stammering but later gets above all this and becomes a successful guy. More from the movie will only be opened up once it releases on 8 March. Tie your laces as more updates are on the way. 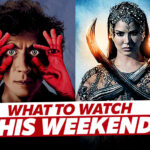 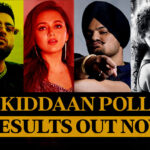